The Sure Prevention of Carburettor Icing


In just about every issue of any of the various flight safety publications there will be accidents reported where carburettor icing was suspected of having been the primary cause of the subsequent accident. All pilots must by now be very familiar with the carb icing prediction chart that we see frequently published along with the accident report.

However, familiarity with this chart is a very blunt instrument indeed as a tool to advise that carb icing is imminent. What it can’t tell the pilot is what is actually happening in the carburettor to alter the state of the incoming air to form ice. In the carburettor the velocity of the incoming air flow will speed up with an attendant drop in pressure and temperature of the fuel and air at the venturi - further influenced by the throttle setting.

When the carburettor body temperature gets near to 0ºC any humidity in the incoming air will potentially turn to ice with little chance for the pilot of predicting exactly when it will happen. 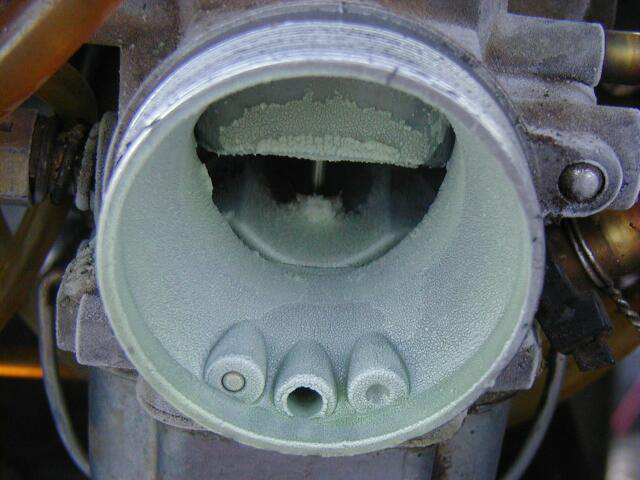 Most aeroplane engine installations attempt to prevent carb ice with an alternative hot air source, heated by the exhaust system. When applied, it will increase the temperature of the air entering the carburettor but the pilot can only guess when to apply it. Typically, when flying in suspected icing conditions, the pilot will monitor the RPM for any reduction and apply carb heat as a precaution to melt any ice before the situation becomes critical. A further established precaution would be to use it at very low throttle settings on the approach to land and remembering to close it if full power is needed to go around – wide open throttle and full carb heat can cause destructive detonation in the engine as well as reduce power.

Recently the use of an electrically heated venturi has become fashionable by some manufacturers in an attempt to prevent ice formation altogether and although it’s undoubtedly one solution it’s yet another blind approach – if it’s switched on all the time the engine is running. Furthermore, it’s a fact that engines are more volumetrically efficient the colder the air entering the carburettor.

The fact remains that - in following the officially advised application of carb heat, the operation is blind and therefore heat can be applied unnecessarily and of cause, more importantly, not applied in time. Thankfully there’s a very simple and sure solution to prevent you or your aeroplane becoming a carb ice statistic. Simply fit a carburettor temperature gauge which will tell you – before it happens - that carb ice formation could be imminent. Very few aeroplanes are so equipped.

My own aeroplane is fuel injected so ice isn’t an issue but when I re-engined the Yearby Falke with an Acro SLMG unit a carburettor temperature gauge took a prominent place on the new instrument panel. A motor glider tends to operate at very low power settings for long periods where the advent of carburettor ice is the most prevalent. With this in mind other precautions were taken in the induction design of the engine and a very efficient hot air system was fitted.

Now, over 400 flying hours later we have been able to fully evaluate the practicalities of the carburettor temperature gauge. All 3 pilots who fly the machine are totally sold on the benefits of knowing, with certainty, the temperature of the carburettor. The gauge gives total control to the pilot as to what stage carb heat is necessary and how much. 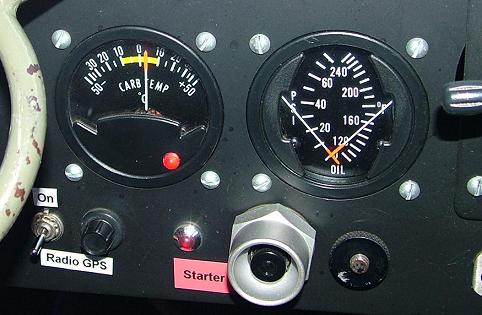 Yes, the use of monitored partial carb heat becomes absolutely practical as a tool to prevent the carburettor temperature never getting into the danger zone whilst allowing the engine to enjoy the coldest air available for efficiency. And, importantly, you can monitor temperature from start up and during taxiing to ensure that your engine will deliver full power for the take off free of ice.

Taking off with partial carb ice has been, and continues to be, the cause of many accidents. The only way you can be 100% certain the carburettor is clear of ice is to know its temperature is above zero. You will also learn quite quickly if your hot air system is up to the job of delivering enough heat to the carburettor. Many are not up to the job when it comes to removing formed ice quickly, yet another good reason to monitor temperature to be certain the situation doesn’t ever get critical.

The trickiest part of the installation on some carburettors can be the fitting of the small temperature sender which entails tapping a ¼” UNF thread in the carburettor, as near to the venturi and throttle butterfly as practical.

The first of the accompanying photos shows the fitting of the sender into a Stromberg CD150 carburettor which needs a little careful machining.

The second photo shows the fitting on a Lycoming 0-320 where there’s a ready made thread. The instrument calls for 12 volts but for those without an electrical system, the current required is very small so it will even work for a good period with a rechargeable PP3 – just as long as you remember to switch it off after use! 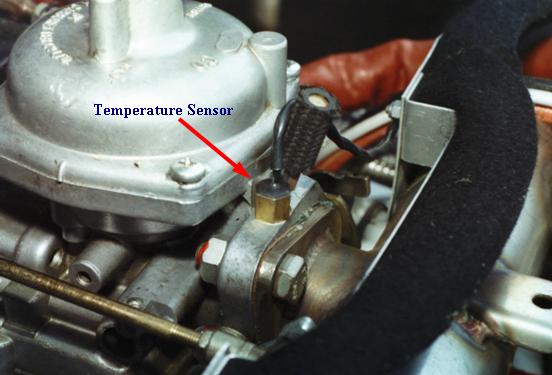 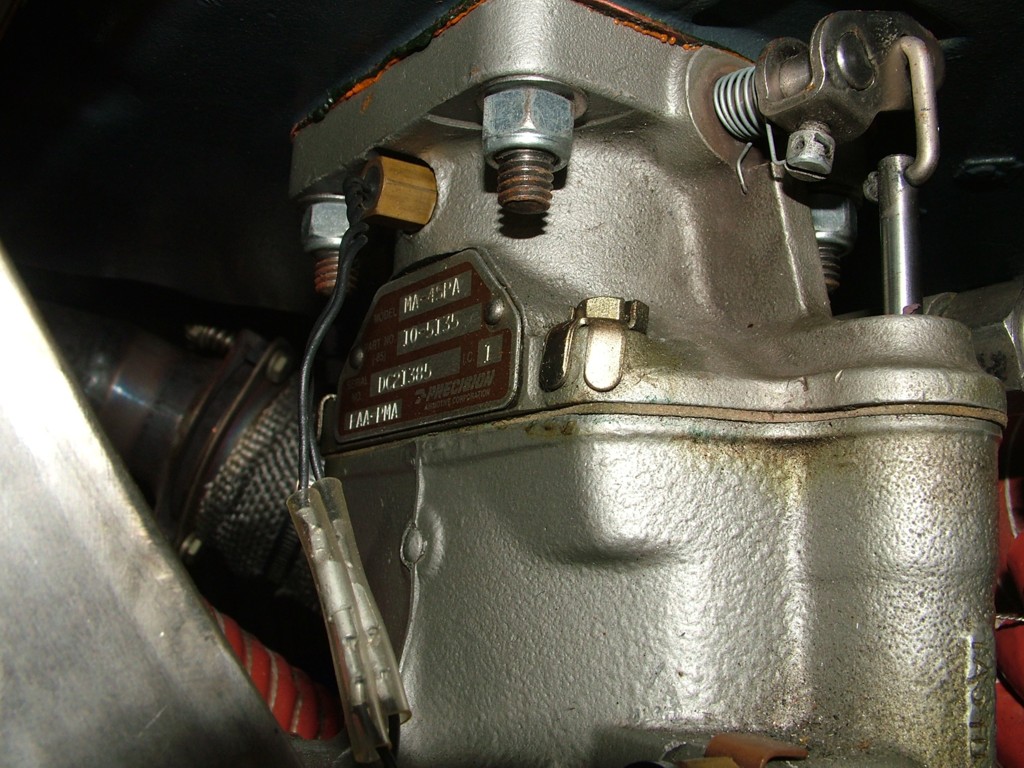 From my empirical experience, not unexpectedly, different engines types vary in the actual carburettor temperature at any particular time or day – in other words some engines are more prone to icing than others. Some engines very rarely experience icing – the Lycoming 0-320 is a good example, where the carburettor is located in a very warm environment. Use of added carburettor heat in these circumstances can be unnecessary, even counterproductive, if you know with certainty that the temperature of the carburettor is well above freezing.

Meanwhile some engines are very prone - again due to the location and type of carburettor fitted. With these engines the use of a carburettor temperature gauge is even more beneficial on some days - especially in economical cruise when the use of partial carb heat comes into its own so the carburettor runs constantly just above the critical.

Finally, whenever it’s suspected that carburettor icing was the primary cause of an accident, it must surely be relevant in the investigation to record if the aeroplane was fitted with carburettor temperature monitoring equipment. I can’t recall it ever being mentioned, which doesn’t exactly encourage the fitting of such a necessary piece of safety equipment. I hope that will change as more people recognise the real benefits – at least until a better solution can be found. The cost of a carburettor temperature gauge and sender is very small – assurance doesn’t come much cheaper.

Have fun and fly safely.

→ Back to Barry's Articles